It did not take long for the convoy to hit rough weather. Shortly after leaving the straights of Gibraltar, the former SS America sailed into a storm off the Canary Islands. On Saturday, January 15, 1994, the tug and her tow were fully engaged battling a storm with winds of over 80 MPH and 50-foot waves. As the Neftegaz 67 slugged it out with the wind and sea, the unwieldy bulk of the AMERICAN STAR was either shouldering up the back of a fifty-foot wave and straining the tow line or running dangerously fast down a wave towards the stern of the Neftegaz 67. The towline snapped and the ship was left at the mercy of the elements. control,

The American Star drifted through the night towards the Canary Islands. At 6:15 AM on the overcast morning of Tuesday, January 18, 1994, wind and waves slammed the old ship broadside onto Playa Garcey on the lower west coast of the island of Fuerteventura. The point of impact was guaranteed to cause the most damage. Her bow and stern hit the soft yellow sand; the mid-section struck a rock formation. 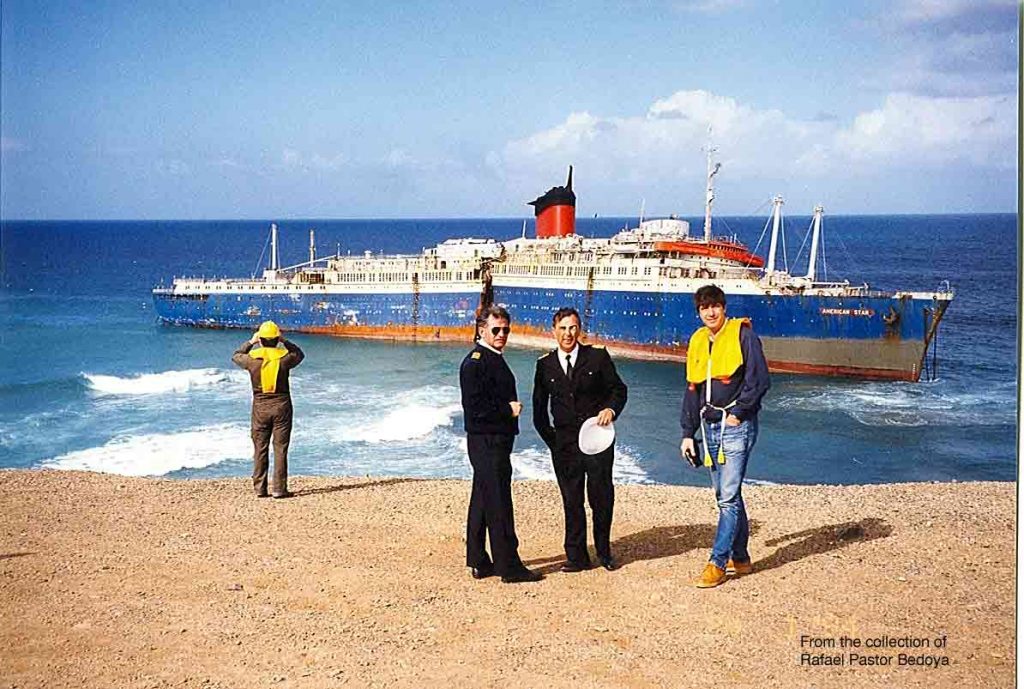 The sea wasted no time in finishing the weakened vessel off. Wave after wave relentlessly slammed the vessel’s keel against the rocks. By mid-morning, the weakened keel began to break apart.

Island authorities were not pleased. Previous shipwrecks had polluted the beaches and created permanent eyesores. In addition, rumors circulated in maritime circles that the AMERICAN STAR had not received a professional tow, cut, and was deliberately set adrift. In addition owner’s decision to send the ship around the West Coast of Africa was viewed, by some, as a calculated attempt to collect the insurance proceeds. Seeking answers the Neftegas 67 was ordered to report to La Palmas on Grand Canary Island. Instead, the tug made a run for Moroccan territorial waters evading a pursuing Spanish armed cutter and leaving a trail of suspicion and unanswered questions.

Concerned about potential oil and chemical spills Spanish authorities flew Raphael Pastor Bedoya and a team of first responders to the wreck scene. Shortly after his visit, he sent me the following description of their expedition. 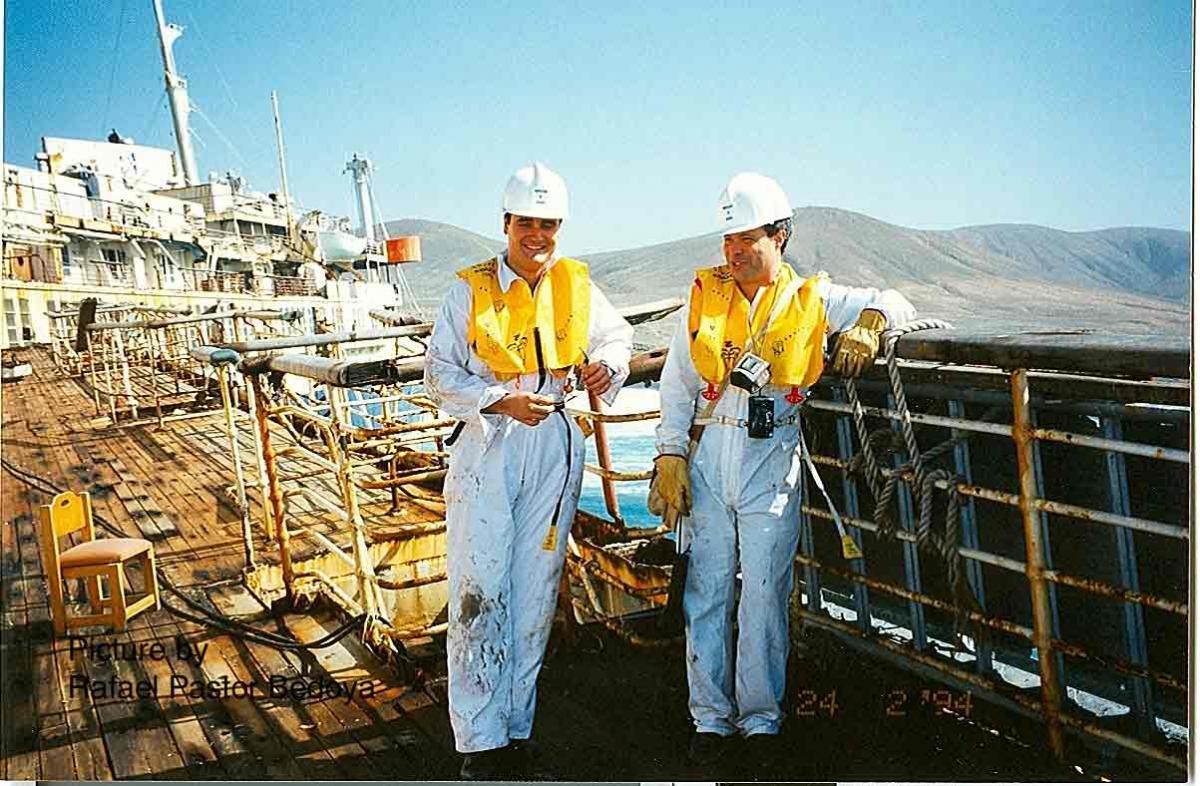 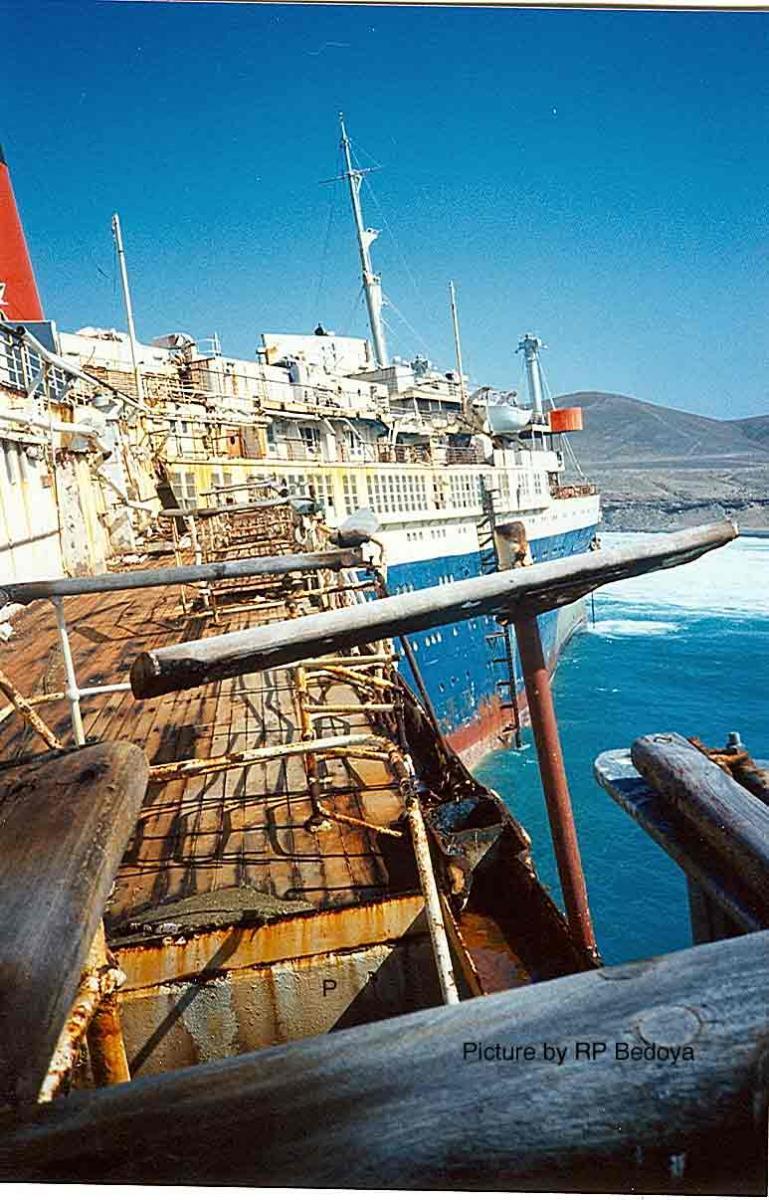 As Raphael Bedoya points out Island natives started to pillage the ship. They swarmed over the American in a mood approaching frenzy removing anything that could be ripped out or carried away. Fights broke out. the more organized looters went about the task of stripping the ship of her more permanent fixtures – pumps, machinery, portholes, motors, kitchen equipment bathroom fixtures, even a complete bar. In less than six months the ship was stripped bare.

Over her long career, the America had battled the waves. Now the waves were extracting their revenge gradually ripping her apart and dragging the remains out to sea. It took less than a year for the waves to finish off. The bow section would endure the assault for another ten years eventually collapsing and washed under for the final burial at sea. A sad ending for a ship that had meant so much to so many. 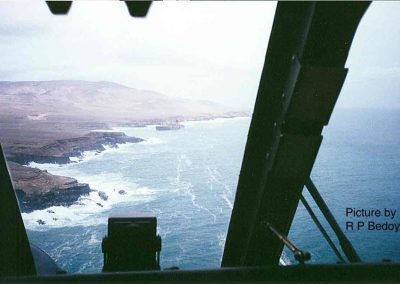 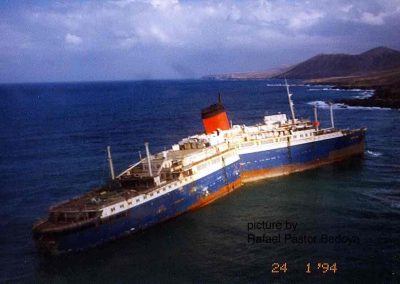 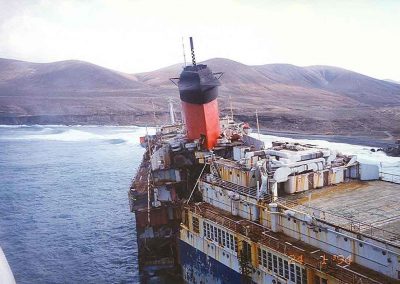 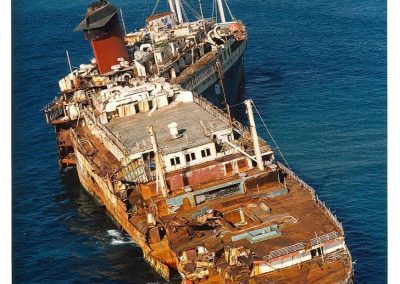 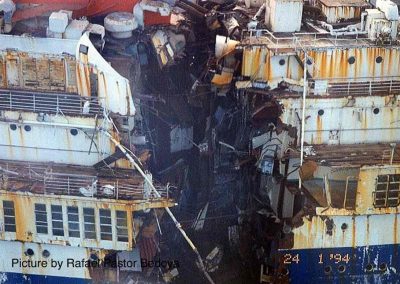 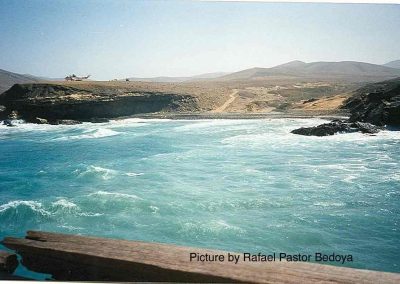 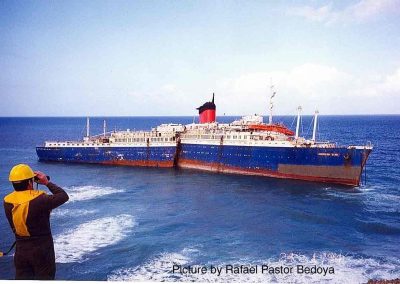 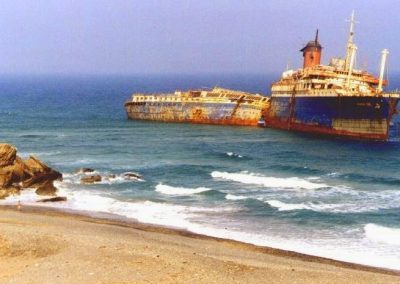 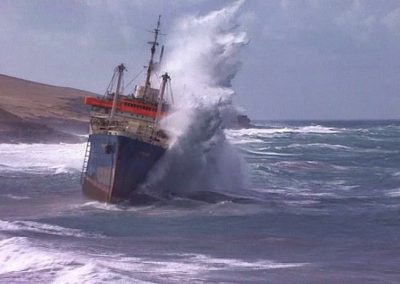 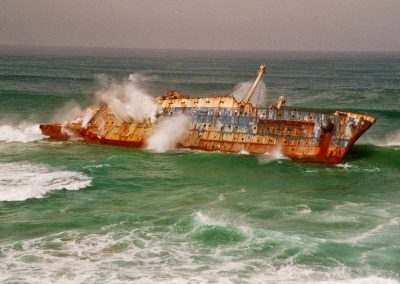 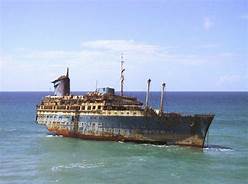 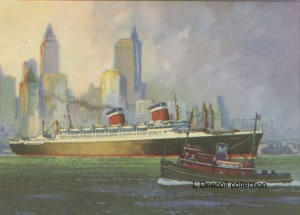