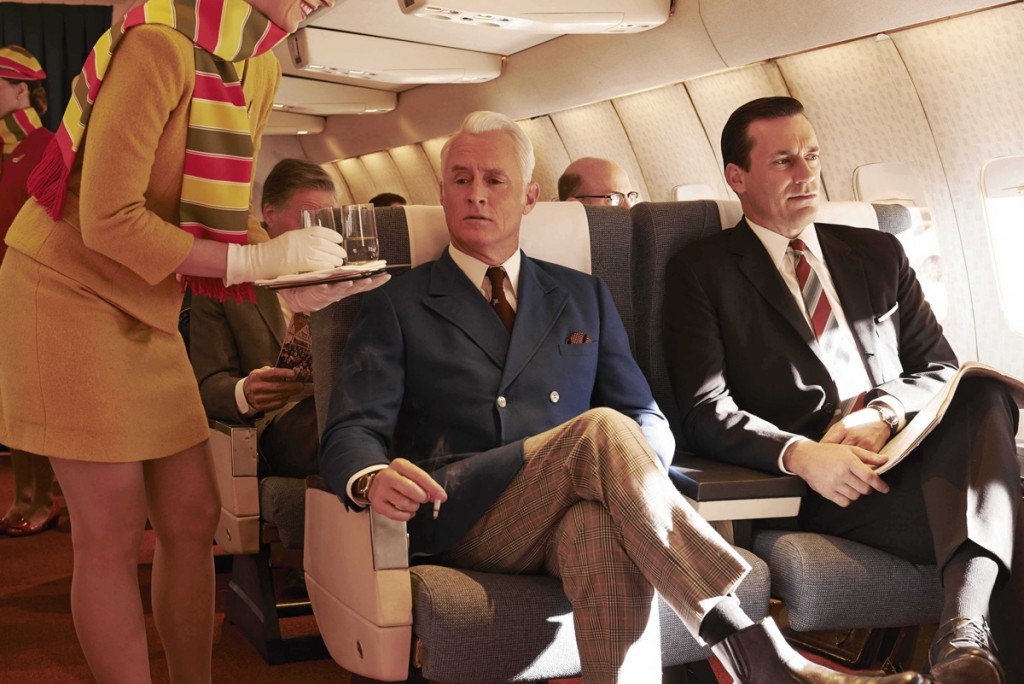 When fictional characters travel by air their authors make airline reservations. In “Diamonds are Forever”,  author Ian Fleming books secret agent  James Bond (007) on a BOAC Boeing Stratocruiser. The slow portly Boeing all first-class flights were a favorite of Fleming when flying between London and New York.

Ad exec were robust drinkers, favoring Vodka Martinis, and Old Fashioned. On TWA they never went thirsty. The first drinks were served upon boarding with as many served throughout the flight as thought suitable. Flight attendants doubled as bartenders mixing drinks, uncorking vintage French wines and champagne as well as dispensing the popular Royal Ambassador ‘house’ cocktail; a concoction of orange juice and Grand Marnier with a splash of champagne. Glassware used sums up the extent of the flying cocktail party. From beer to champagne glasses, each domestic  L1011 aircraft required a total of 204 glasses for 34 first-class passengers.

TWA claimed that “There hasn’t been anything like our Royal Ambassador First Class menu since Henry VIII invented banquets,” and the well-healed crowd agreed. Red meat orders were followed by the question “And how would you like that done?” Favorites of the era include Roast Sirloin of Beef, Sauce Bordelaise and Charbroiled Filet Mignon, choice of Parsley or Roquefort butter. All washed down with the best wine and limitless quantities of Mumm’s Cordon Rouge champagne. The favorite dessert, Grand Marnier Fluff –
a combination of orange juice, gelatin, sugar, and vanilla pudding served with whipped topping and vanilla ice cream.

Marge Siegal, a former TWA flight attendant and editor of The Very Best of TWA, a collection of 130 recipes from TWA kitchens.
“We were the first to do in-flight meals. Celebrities loved flying TWA, and three popes chartered flights to the United States on TWA.”
Not anymore. TWA and Royal Ambassador Service are history, replaced by bare-bones dining in first. A first-class passenger on a United Flight described his diner as follows – the cream of mushroom soup, warm wrap of southwest chicken, and chocolate chip cookie for dessert.

Good food and drink are measures of the quality of life, Generations from now historians and social scientists studying our living standards may find a TWA Royal Ambassador menu and will undoubtedly conclude that we lived and traveled rather well. Or….
they may run across a more recent bare-bones first-class menu and conclude that we weren’t so well off after all. 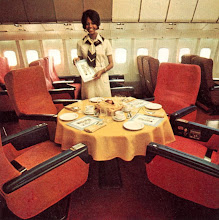 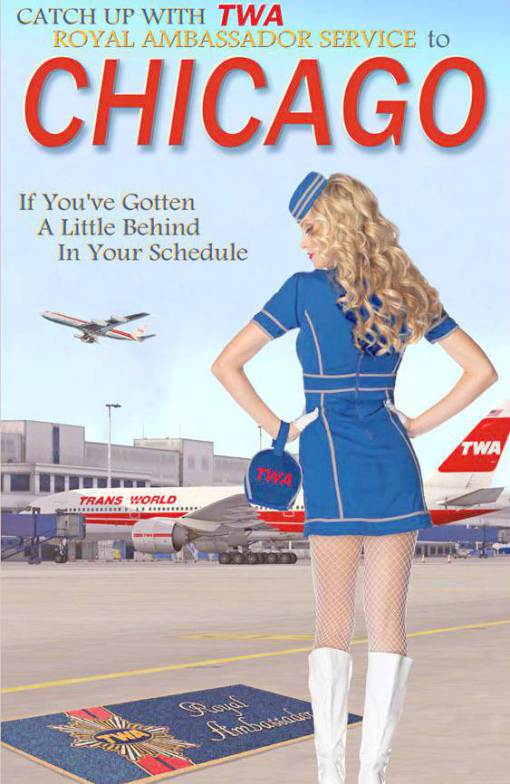 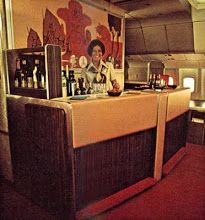