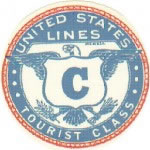 United States lines described Tourist class as a “Convenience to those who are economy-minded and desire to obtain the best possible value in ocean travel for a limited expenditure”. Value travelers frequently included students and immigrants on a limited budget and families returning to visit the homeland. The staterooms were pleasingly decorated and comfortably furnished. About half of them had private showers and toilets. The public rooms were described as “homey”, smaller and less grandiose than those in Cabin and First Class they were comfortable with a warm friendly atmosphere.  The same care and talent went into decorating all public rooms in the ship. They were so well done that it was difficult first glance detect a difference in class. Assistant  Purser Morris Luft described the tourist Class smoking room as ” One of the nicest rooms on the ship”. 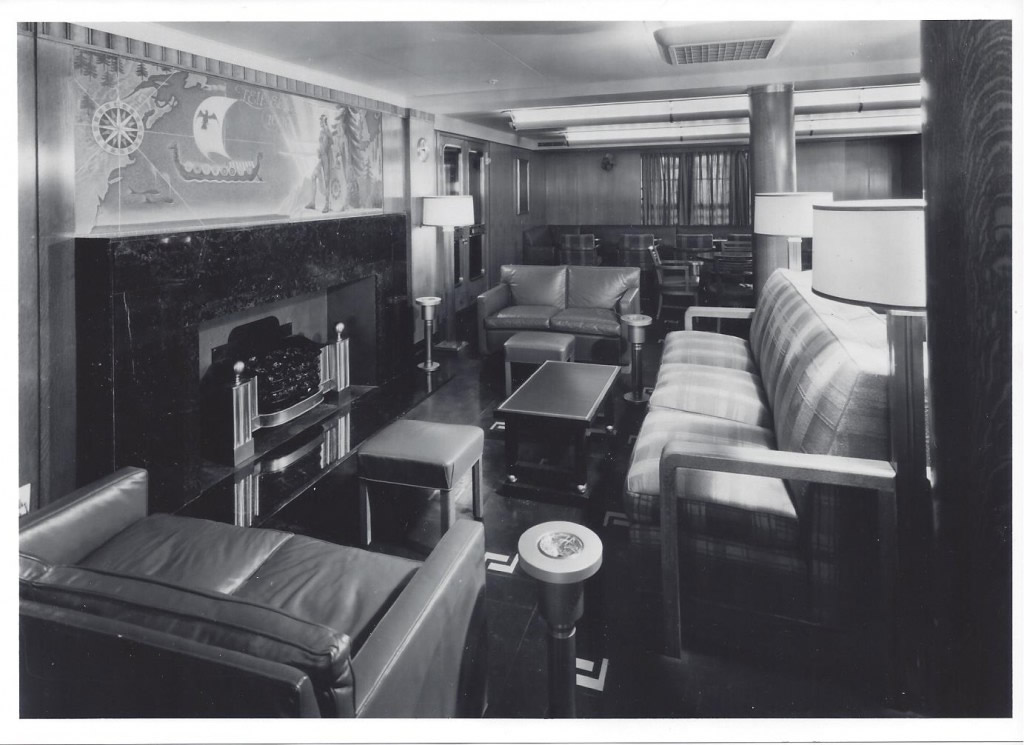 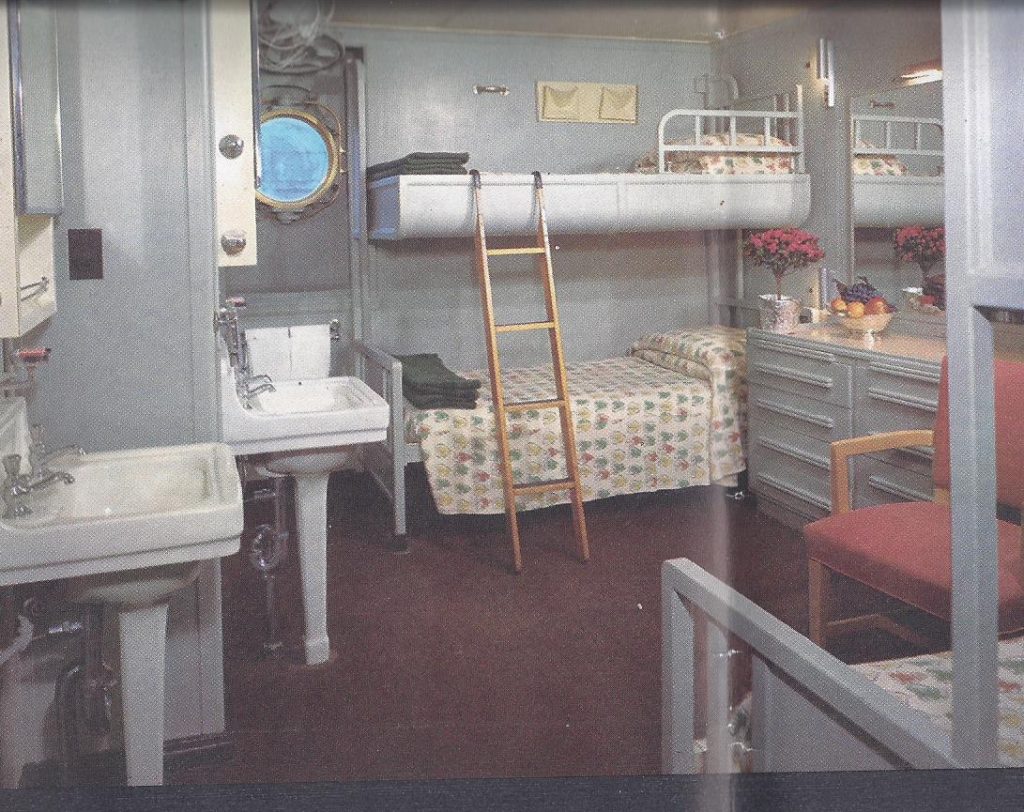 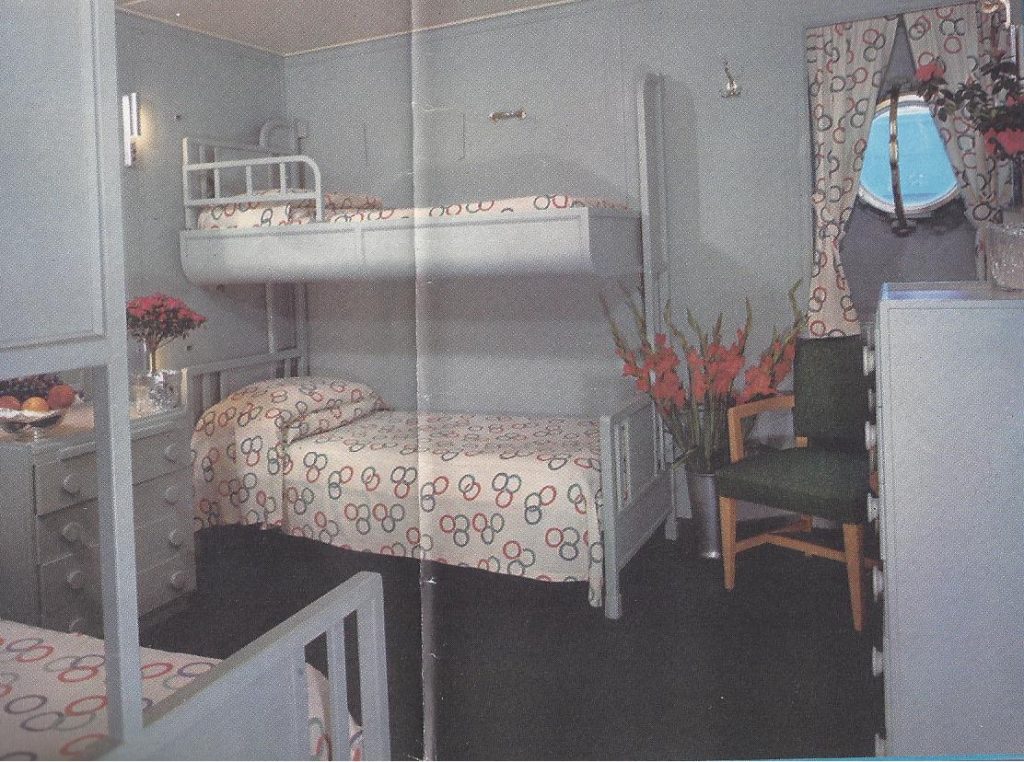 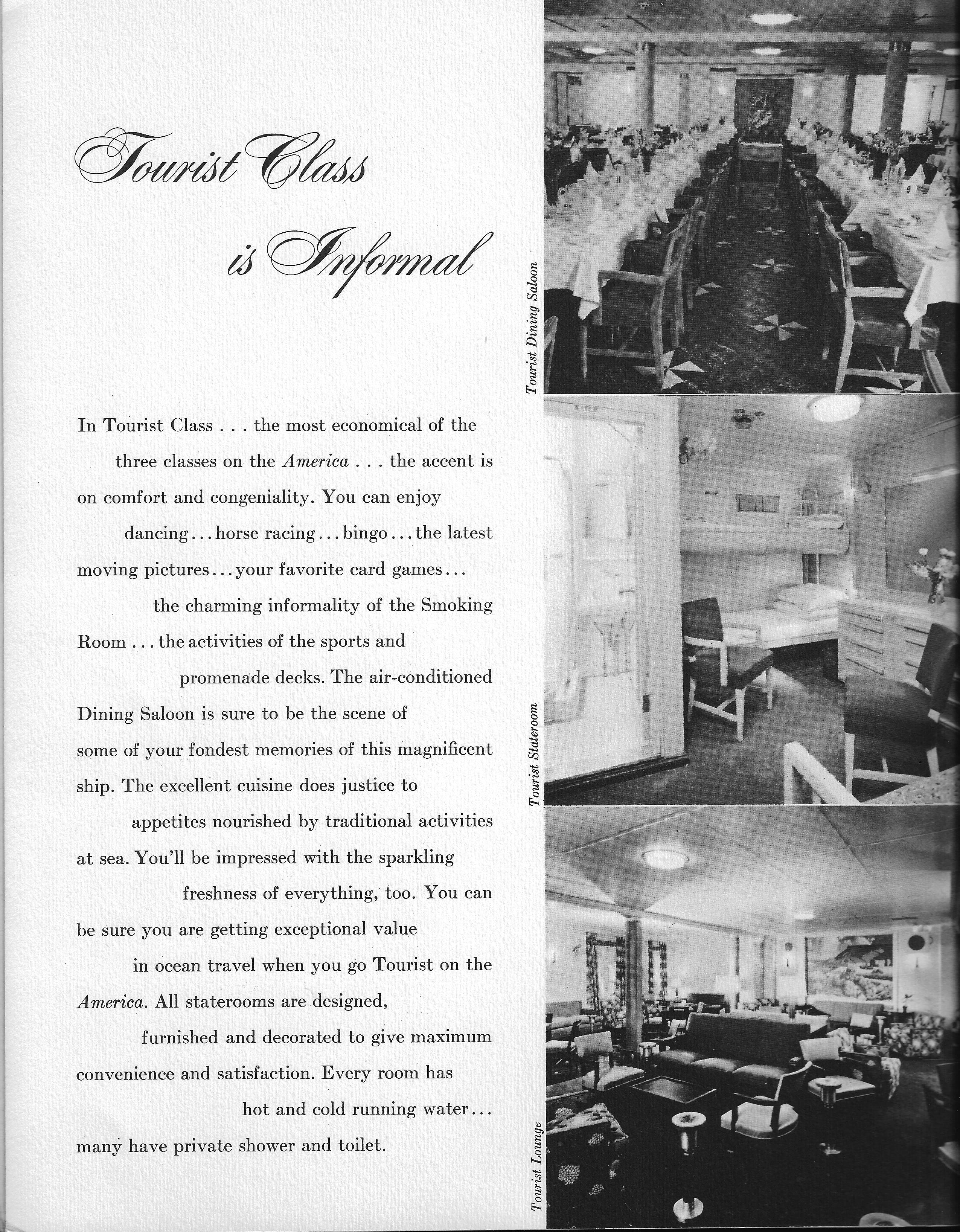 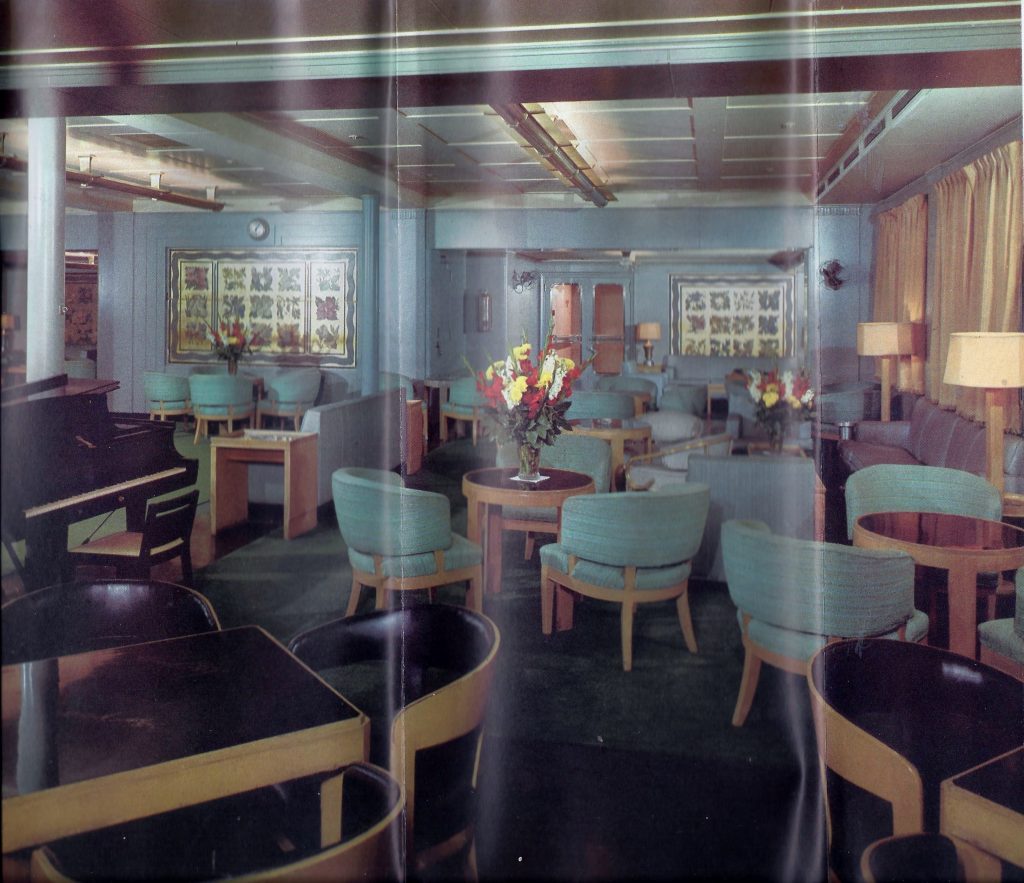