The United States Lives On

Today the two former ocean rivals live on. In Long Beach, California, where the Queen Mary retired in 1967, she serves as a hotel, museum, and host for festivals. On the East Coast, the S.S. United States lies forlorn, a maritime bag lady covered in rust and bird droppings, her paint chipped and peeling. Despite her sad decline, she maintains her dignity. From a distance she still looks majestic; up close she is still a thrilling site. Over the past forty-three years, she has had four owners. All dreamed of restoring her splendor with a second career as a cruise ship. Some say fate has not been kind to her; all four of those attempts failed and she came within a few dollars of being sold for scrap. However, as a cruise ship she would have been stripped of her grace and her ocean-going racer profile and turned into a slow Caribbean floating condominium, hardly a fate one would wish on the Queen of the American Merchant Marine. Then the ultimate end would come when the cruise line had worked her to the point of no financial return. The sale and final tow to the scrapyard in India would beach her and then cut her open with a large hole in the undersides to prevent refloating. Instead, by some twist of fate, she is still with us, her exterior historic integrity unchanged. Her interiors are ready for development. With the removal of the asbestos, she is ready for a new life as a hotel/event space and museum. There is hope for survival, at least according to Susan Gibbs and a dedicated group of preservationists. “We are trying to get a stay of execution,” explained Gibbs, granddaughter of William Francis Gibbs and Board President of the S.S. United States Conservancy,[1] a preservation group dedicated to saving the ship for future generations. The United States will soon be sixty years old and is currently fighting for her life. So far, the preservationists are holding the scrappers at bay. The S.S. United States project concept is currently for a mixed-use development that may include a variety of feasible uses for the ship’s more than 500,000 square feet of enclosed space including, but not limited to, hotel, restaurants, event space, retail, and educational facilities. Here’s to the survival of the “Big Ship”, and to a tour of the engine room where Chief Kaiser and his men made the tough decisions and nursed the engines to deliver a decisive victory. Here’s to visiting the bridge where Commodore Manning guided the ship safely through fog and gale to win the “Blue Riband”, then down to the promenade deck wherein the emotion of the moment, happy passengers let themselves go in joyous celebration. As William Francis Gibbs once said, “You can’t catch her, you can’t set her on fire, and you can’t sink her.” Today, we need to add to the list “and you can’t scrap her.” Take a moment to visit the SS United States Conservancy and get an update on the ship’s status and what can be done to save her.
“The SS United States is… a symbol of our country’s industry and accomplishment… the destruction of the United States would be tantamount to destroying other national monuments like the Liberty Bell or the Statue of Liberty… we must maintain what is good and constant in our past if we are to imagine a better future.” President William Jefferson Clinton, March 2010 letter provided by the SS United States Trust 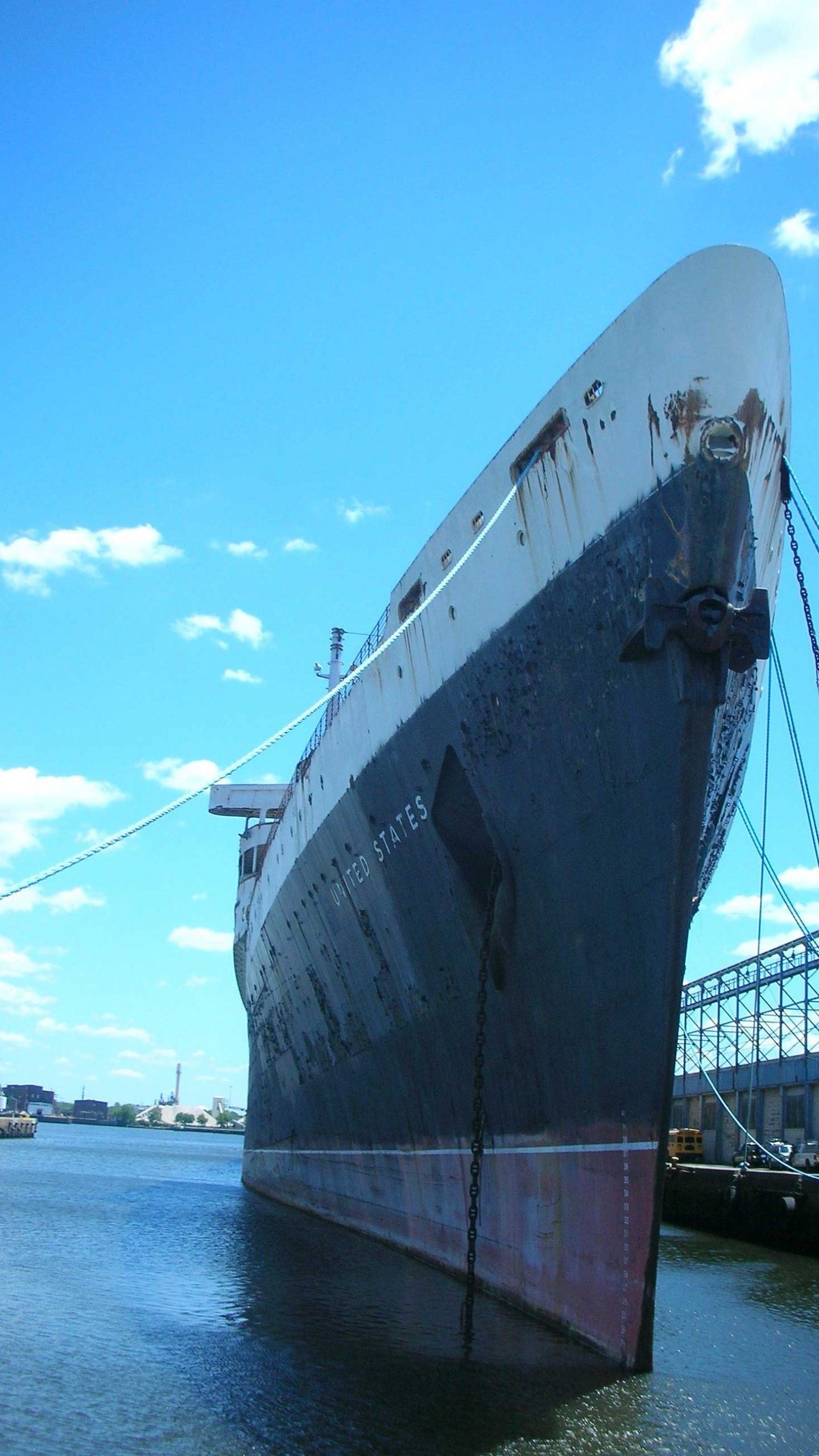 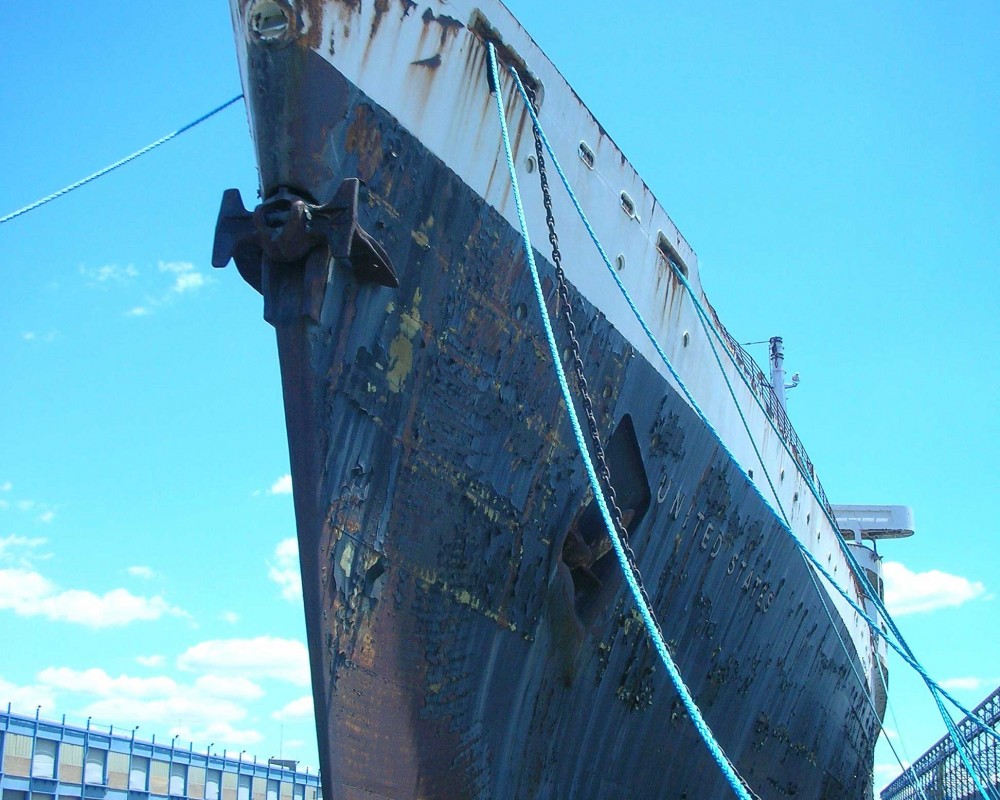