United States Lines and the heydays of trans-Atlantic travel on the last two great American ocean liners, the S.S. America and United States. 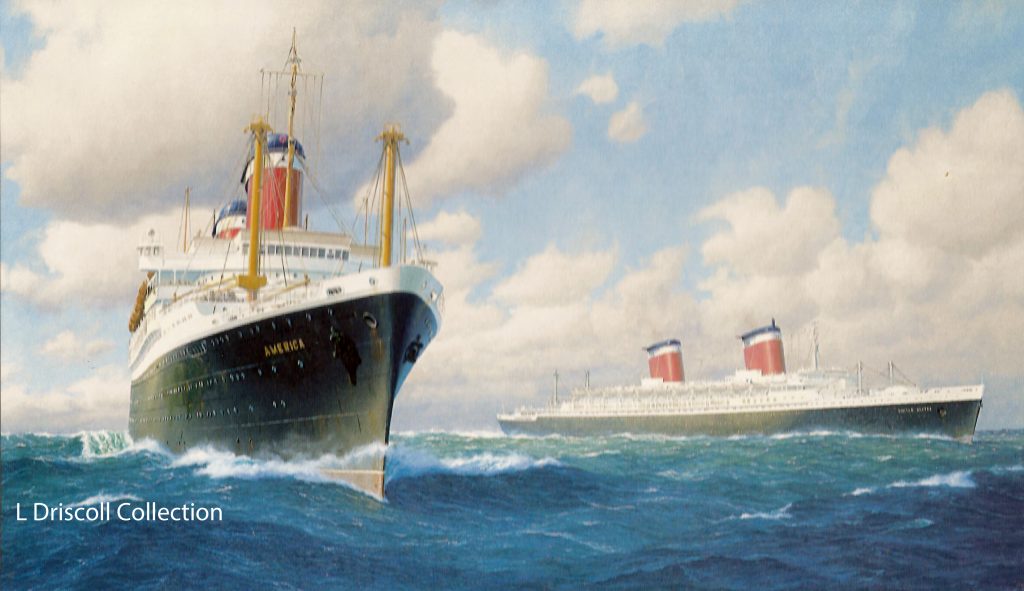 Since 1838 steam driven ships have raced across the Atlantic in cut throat competition for passengers and national honor. The American flagged Collins liner Baltic won the race for the “Blue Riband” in 1854; since then the country produced also ran’s in a race dominated by Europeans ships. That’s is until 1936, when United States Lines president John Franklin and naval architect William Francis Gibbs, their sense of patriotism offended, teamed up to restore American dominance on the North Atlantic.
In 1939 they launched the S.S. America an intermediate sized liner that was considered by many to be the perfect ship. American in style and spirit, she charmed passengers with sleek good looks and soothingly warm friendly interiors.

With the experience gained on the America Gibbs built his dream ship, the S.S. United States. On her maiden voyage, in July of 1952, the new liner crossed the North Atlantic in a record three days, 10 hours and forty minutes at an average speed of 35.5 knots (41mph), a four knot margin over the previous record holder, Cunard’s R.M.S Queen Mary.

The United States was the last major ocean liner to compete for a record crossing for, overhead TWA Constellation and Pan Am Stratocruisers were pioneering the air routes to Europe that we take for granted today.

The following pages tell the story of these two ships and will be enjoyed by those who sailed on them – and those who wish they had. 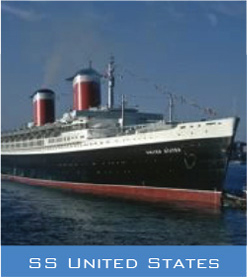 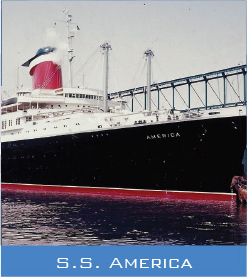